“Michelangelo has flying hands, an impeccable touch, a clear and bright sound, the ability to always hold the listener’s interest… we’ve rarely encountered such a great rapport between musician and public… a triumph”
Carla Moreni, II Sole 24 Ore

“A miracle pianist”
Bill Newman, Music & Vision Daily
“Michelangelo is a fearless performer. On a technical level there are no chinks in his armour. His playing has a noble and majestic quality….deep expression and a light, feathery touch….”
Cecilia Xuereb, The Sunday Times (Malta)

“He is the greatest Italian hope at the piano”
Andrea Cuomo, Il Giornale

“A star is born…an amazing performance…an extraordinary success…his playing is characterized by the beauty of his sound, the breadth and airiness of his phrasing, the precision and clarity of his rhythm, his admirable virtuosity, his deeply felt pathos, and the richness of his expression”
Alberto Cima, La Provincia

“A musician of other times…one of the most astonishing performers of the new generation…rare sensitiveness, crystalline tecnique, intimately poetic temperament…triumphal interpretation of Chopin’s Concerto op. 21, which has fully confirmed all his gifts to a large and enthousiastic public…a performance of high school…an extraordinary feeling with Nowak”
Carlo Guareschi, Il Corriere di Roma
“This was the best attended of the recitals of the festival…a dazzling conclusion…an almost phenomenal performer. Young and slight in appereance he is a bundle of energy, great musicality and lots of personality too”
Albert G. Storace, The Times

“One of the best musicians of the new generation”
Paolo Boccacci, La Repubblica

“We will be grateful to Michelangelo Carbonara for his originality and his bravery….for having given us a big demonstration of differing musical climates”
Nicolas Blanmont, La Libre Belgique

“A rare musician amongst the new generation of international pianists…he presented an original and rich programme performed with masterly knowledge of the technique and exquisite delicacy of the intepretation”
Barbara Leone, L’Avanti

“A profound, inner-directed way of playing, very different from the gaudy virtuosity of the other younger pianists”
Silvia Consenzi, Suonare News

“Carbonara filtered the Ravel sound like a severe, sensitive sage who, through a magic trick with no trick, offers a fantastic show enchanting the children and exciting the old.”
Claudio Strinati, il Venerdì di Repubblica
“I have to say that Carbonara’s recorded performance [of Gaspard de la nuit] comes as close to a vivid account of Bertrand’s grotesqueries as any I have experienced. Any listener who wishes to become familiar with this major element of the piano repertoire would do well to consult this Brilliant collection.”
Stephen Smoliar, The Examiner

“Besides the flawless piano playing, what we notice in his Rota recording is the ability to make the music breath and to recreate an emotional feeling similar to a live concert.”
Luca Ciammarughi, CD Classico

“His shapely, animated performance of the piece, sensitively phrased and minutely faithful to the score, shows that he is well attuned to early Schubert.”
Paul Orgel, Fanfare Magazine 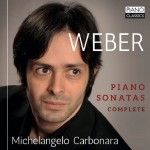 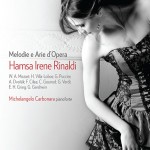 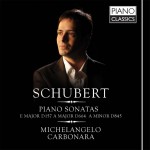 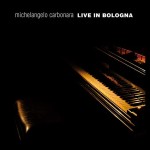